Studio Folgoas are specialised in primary & high school school photography and are considrered as one of the leaders within France.

This project was one of our most complex to date spanning the best part of 2016 due to the level of backend complexity. It was a major step forward for their business as we removed considerable manual laborious work by linking their local photo management software with a customised CMS / CRM backend that we developed from scratch.

Tasks that took weeks now took minutes as we simplified the entire process of managing schools, photos, photographers, schedules, bar code generation, invoicing and more. To say this was revolutionary for them isn't an understatement.

We setup a sophisticated system so that all the photos and data including the students, schools etc can be imported and uploaded to the web site efficiently, requiring virtually zero interaction. Parents are then able to login to the web site and order their child(s) photos via a generated login & password. Orders and invoices (plus barcodes) are then generated via the system making the dispatch and tracking process incredibly faster and simpler for Studio Folgoas. 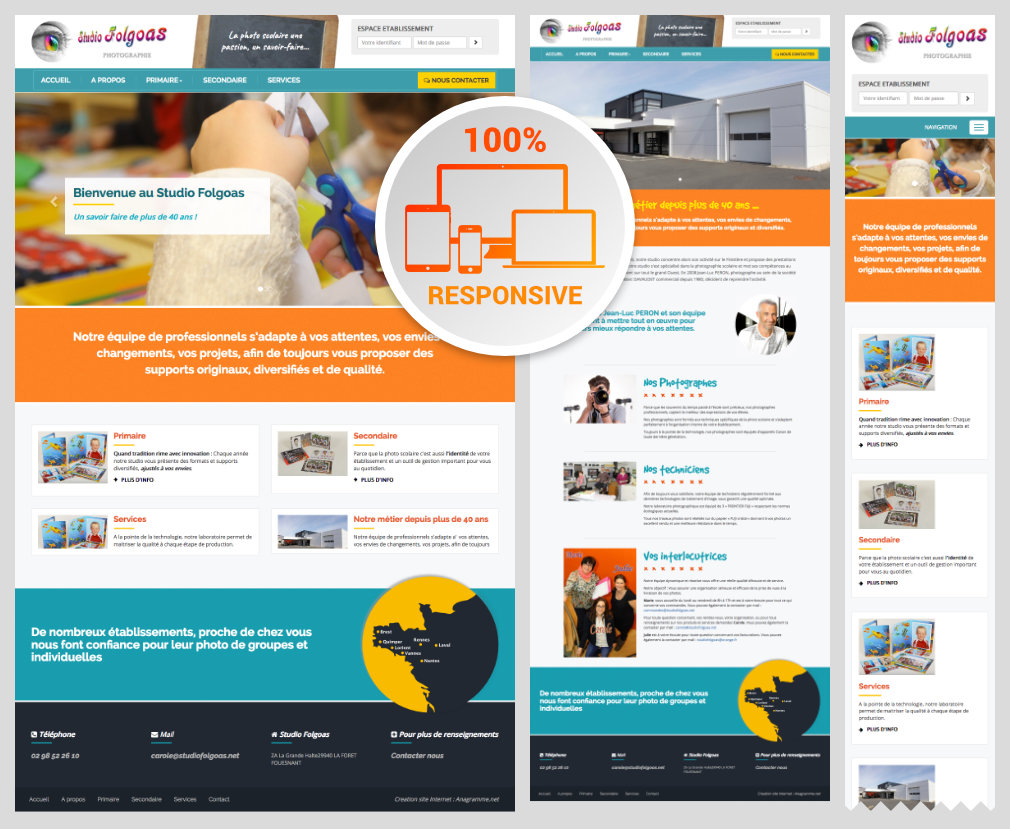